Othership is growing daily. Register below to be kept informed.

Thank you! Your submission has been received!
Oops! Something went wrong while submitting the form. 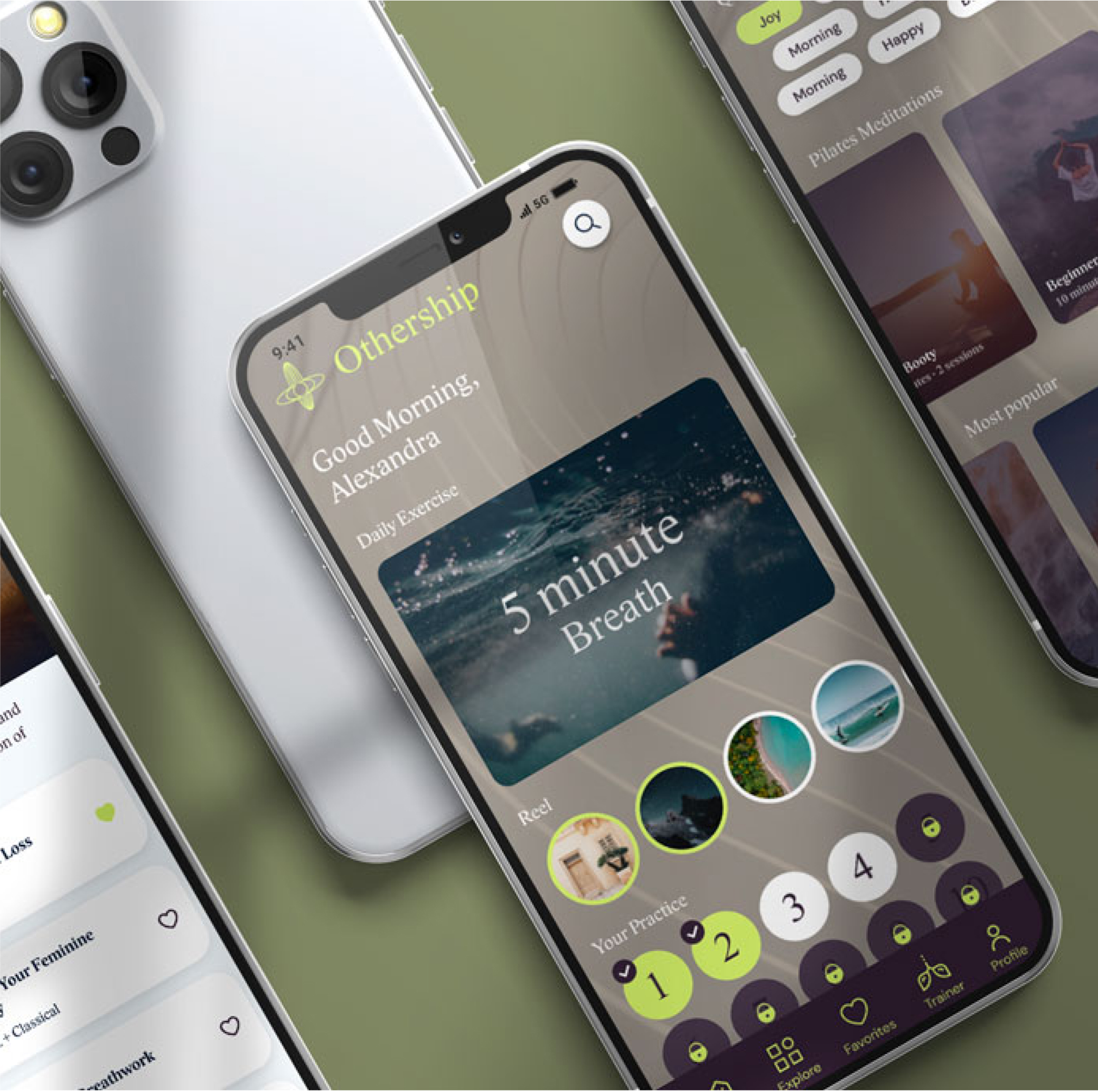 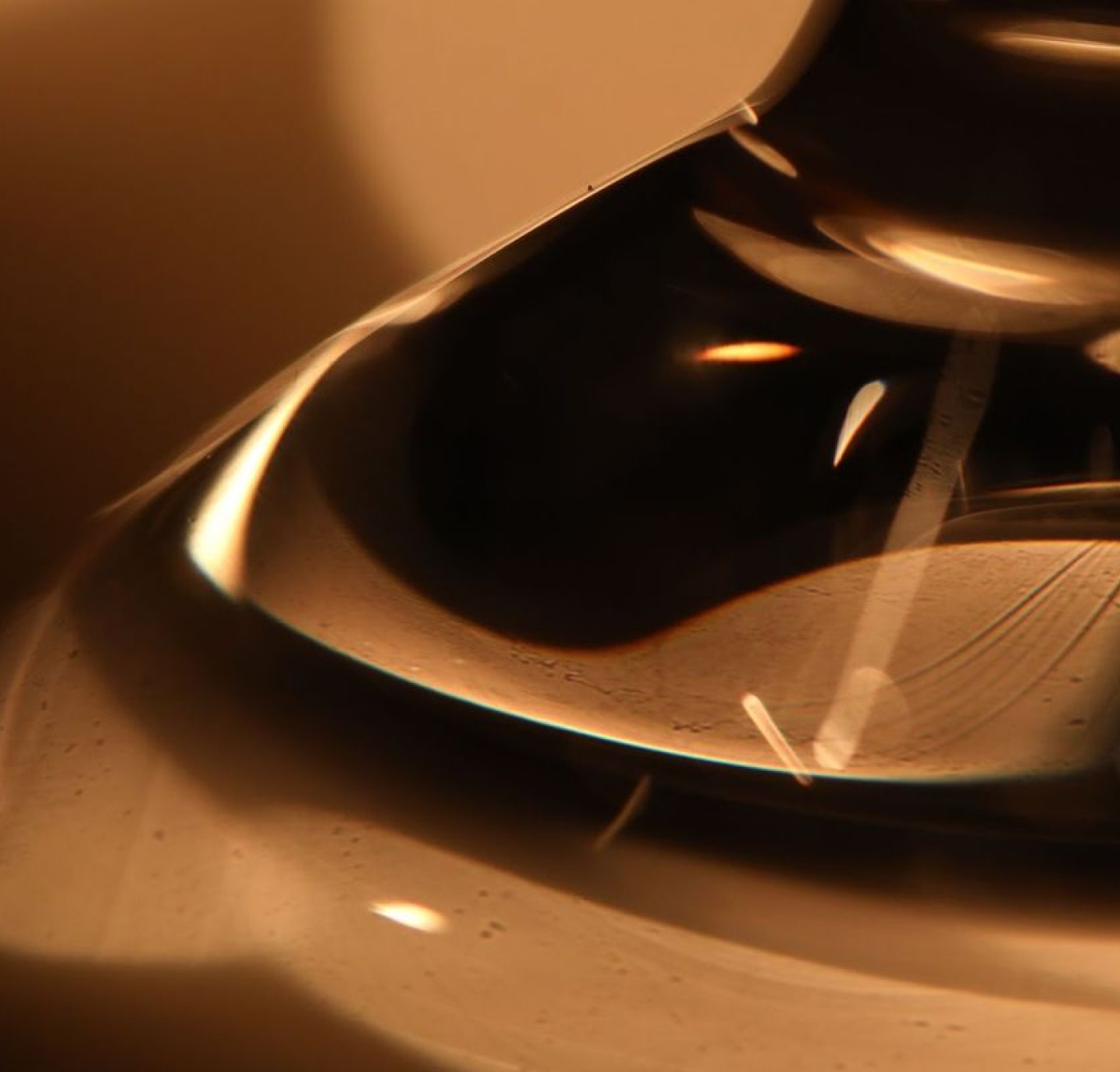 How to Improve Your HRV with Breathing Exercises & Breathwork

What does HRV stand for?

What is stress and how does it affect our breathing?

HRV and Breathing: How are they connected?

Thank you! You are now registered for updates!
Oops! Something went wrong while submitting the form.

This is an introductory guide to help you improve your Heart Rate Variability (HRV) with breathing exercises and breathwork. Breathwork can improve the stress response of your body and mind, reduce anxiety, boost your mood, improve sleep quality, and enhance athletic performance.

In this post we will tell you exactly what HRV is, how breathwork affects it, and provide specific breathing exercises that will increase your HRV score. Improved HRV can help improve all aspects of your life, including confidence, focus, athletic performance, and sleep.

If you're interested to learn how to increase your HRV score with breathing exercises and breathwork, read on.

What does HRV stand for?

HRV stands for Heart Rate Variability. HRV refers to the variations in time between each heart beat.

How does HRV work?

Our heart rate adjusts constantly, as the body adjusts to new situations or stressors. HRV directly reflects the parasympathetic system's activity, a higher HRV means greater parasympathetic tone, or "rest and digest" signal to the body. A higher resting HRV is linked to lower stress levels and a healthier body.

Why is HRV important?

Dr. Leah Lagos, in her book Heart Breath Mind, describes high heart rate variability as being what you need to thrive under pressure. It indicates the body’s ability to quickly ramp up and feel a boost of energy, and then quickly relax and recover. High HRV feels like a state of being totally in the zone  - a state of flow. Along with its association to cardiac health, HRV is linked to performance, including the ability to self-regulate, inhibit negative thoughts, make objective decisions.

Tracking your HRV can relay very powerful information about the state of our physical and mental health. Data from the team at Oura tells us another interesting piece about HRV data, “HRV isn’t as simple as, “how high can you go?”  — having more consistent HRV values from day to day can also signal an enhanced ability to respond to daily stressors.”

Monitoring your heart’s activity through an HRV score is a great way to understand how mental and physical stress is being felt in your body. There are many great devices available for calculating your HRV. Here are some of our favourites:

The Oura Ring is the most accurate sleep tracking device on the market, and will give you a daily HRV score based on the previous nights sleep score. It measures sleep, readiness, as well as daily activity, and is very comfortable to wear. Many members of the Inward Breathwork team have been using this device for several years and love it!

The Apple Watch is best known as a fitness tracker, but can provide great sleep and HRV data as well. When using the Apple Watch, you are able to sync your HRV data to the Health App on your iPhone. It is another great wearable that will give you highly accurate HRV data.

HRV can be measured with a heart-rate monitor in the form of a chest strap. This is the least expensive solution, however may not be comfortable for long term use. The PolarH10 is a highly reviewed product and provides very accurate moment-to-moment heart rate data.

What is stress and how does it affect our breathing?

People often assume stress occurs exclusively in our mind. But stress has powerful manifestations in our physical body. One most immediately noticeable symptom to someone experiencing stress is a sudden change in breathing pattern to breaths that are more shallow, short, and in the upper chest.

Harnessing the power of the breath can be one of the most effective ways to restore relaxation, nudge our nervous system into a parasympathetic state, and increase our HRV values.

Stress activates our sympathetic (fight-or-flight) system, which speeds up heart rate and decreases the variability between beats (your HRV). Stress encourages our heart to beat more like a metronome, at a regular, consistent beat.

In contrast, activation of the parasympathetic nervous system drops your overall heart rate and increases your HRV. When your heart doesn’t need to beat fast in order to pump blood to your muscles, it can be more flexible and vary the time between beats.

In summary, stress decreases HRV (not the goal), relaxation increases it (the goal).

Deep breathing exercises strengthen the parasympathetic system (your “rest and digest” network), resulting in reduced stress and improved HRV. You may be doing all the health practices, but if your nervous system isn’t able to recovery in the parasympathetic (rest & digest) state, it will be reflected in your HRV score. A key component of this involves relearning how to breathe the way nature intended—from your belly, not your chest.

Physiologists Evgeny Vaschillo, PhD and Bronya Vaschillo, MD, discovered that the primary connection between HRV and breathing occurs at a mechanism called the baroreflex, one of the body’s systems for maintaining blood pressure. Most of us breathe at a faster frequency than our baroreflex, but when we purposefully slow our breathing we can matchits frequency and increase our HRV.

How does breathwork boost HRV?

Breathing exercises can reduce stress and improve your HRV. Improving your breathing is the most fundamental, yet most overlooked tool for reducing stress and raising HRV, among other things to do with health and wellbeing.

When we control our breathing, we control our entire bodies and minds. Breathing properly is a powerful way to increase HRV and vitality. Our wilful control of the amount of oxygen we take in, and carbon dioxide we expel, means that we can consciously adjust the chemical makeup of our own nervous system. In doing so, we can use the breath to send a signal that we aren’t actually in danger.

Breathing affects us all the time, whether we're exercising, sitting or sleeping, without even realizing it’s powerful effect on our body and mind. Consciously controlling our breath can help us take immediate control of our emotional state, and let our bodies know that it’s safe to relax. The lower lungs are actually packed with parasympathetic nerve receptors that, when stimulated through deep diaphragmatic (belly) breathing, release endorphins to spread a sense of calm throughout the body and mind.

Here is a wonderful example from Oura of HRV expert Marco Altini’s data showing an increase in weekly and monthly HRV scores while implementing a deep breathing practice.

Dr. Leah Lagos revealed that there is a particular rate of breathing, called coherent or resonant breathing, that maximizes alignment between your heart and breath. Coherent breathing is a breathing pattern of roughly 6 breaths per minute. When you breathe at this rate, it strengthens the baroreflex, which increases your HRV.

Dr. Lagos, says “Think of resonance breathing as a high-performance alternative to yoga and meditation… you may feel your heart open in a way that feels pure, rich, and relationship-enriching.”

The Buteyko method of breathwork is named after Ukrainian Doctor Konstantin Buteyko, who based his work on the idea that most people were suffering from over-breathing. Contrary to the popular notion that more oxygen = better health, Buteyko advocates gently reducing oxygen intake to improve the body’s ability to absorb oxygen, prevent hyperventilation and trigger the “rest and digest” state of the autonomic nervous system.

Alternate Nostril Breathing is the practice of gently closing one nostril with your thumb or finger, while slowly inhaling and exhaling through the other. It is widely researched as a natural anxiety treatment, unblocks the sinuses, and takes the benefits of nasal breathing up another level. The basic technique is:

Box Breathing, also known as square breathing, is one of the most popular forms of breathwork. Navy SEALs, police officers and nurses commonly practice box breathing for anxiety as part of their training. It’s a very simple practice that can be done anywhere, at any time. Follow these steps to try box breathing for yourself:

4-7-8 breathing was popularized by Dr. Andrew Weil as a method for immediate stress reduction. This breathing exercise involves breathing in for 4 seconds, holding the breath for 7 seconds, and exhaling for 8 seconds. To practice this HRV breathing technique, follow the steps above, just altering the counts and omitting the hold on the empty.

Dr. Weil typically recommends starting with 4 rounds of this practice, progressing to 8 consecutive rounds. The technique is best known for reducing anxiety & stress, helping you to fall asleep, reducing cravings, and reducing emotions such as anger.

Ready to try for yourself? Each of these videos provides a guided breathwork experience based on the evidence-based breathing techniques described above to maximize your HRV.

Using the principles of Buteyko Breath, let Harrison Taylor guide you into a deep and controlled state of relaxation through slow and controlled belly & nose breathing.

Using this calm 4-7-8 breath pattern, our Inward Breathwork instructor, Harrison Taylor, will guide you back to a controlled slow rhythmic state, calming down your heart rate, lowering blood pressure and creating a deep feeling of calm.

Take a deep dive into some of the research on breathwork and HRV with these research articles.

1. Integrating Breathing Techniques into Psychotherapy to Improve HRV: Which Approach is Best?

Published in February 2021, this article outlines the effectiveness of coherent breathing in increasing HRV, while giving recommendations for making this technique more accessible to practice.

2. How Breath Control Can Change Your Life: A Systematic Review on Psycho-Physiological Correlates of Slow Breathing

3. The relationship between mental and physical health: insights from the study of heart rate variability

In this article, authors review their work on the impact of mood and comorbid anxiety disorders, alcohol dependence, and their treatments on heart rate variability (HRV), a known psychophysiological marker of mental and physical wellbeing.

Ready to try breathwork and increase your HRV? Try our free, 3-day breathwork mini-series sent straight to your inbox.